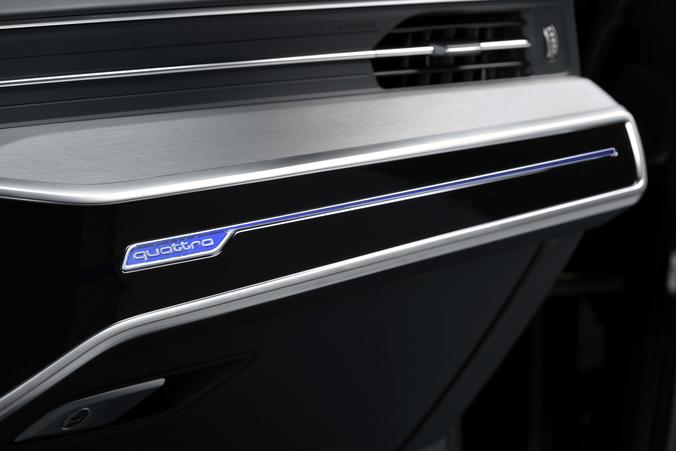 A new technology allows interior chrome trim to become a touch-sensitive control unit. And this is how it works.

With ChromeTouch, the German company Kunststofftechnik Bernt (KTB) has succeeded in transferring all controls in the vehicle to a flexibly usable chrome surface without any annoying switches. This is how it works: As with regular touch surfaces, the KTB developers used projected-self-capacitive sensing, which triggers a circuit by simply touching or bringing a finger close to the surface. In the process, the galvanised sensor surface, which also serves as an electrode, charges up with a voltage that is then discharged again. A microprocessor measures the elapsed time of charging and discharging. If a finger now approaches, it acts like a capacitor, which measurably changes the capacity of the sensor. The microprocessor detects the change in charge or discharge cycles and triggers the corresponding circuit.

The sensor technology in KTB’s current developments is based on an already proven principle. “But we wanted to go one step further here, because both the obvious surfaces and those that are in the background can be switched via the projected capacitive sensor surface,” explains Marco Läufle, project manager at Kunststofftechnik Bernt GmbH. For example, the backsides of painted components can be equipped with a capacitive circuit by means of a galvanically deposited sensor surface in a cost-effective and process-safe manner.